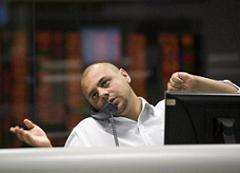 The crisis is situational. It was the modest home buyer’s fault. The problem was caused by easy-to-fix technical errors. We must listen to the credit rating agencies so that what occurred on Wall Street will not happen in Latin America. The top executives also lost, because their stocks fell. With small tweaks to the model, everything can be fixed.

(From New York) IN LIGHT OF THE WORLD CRISIS, which led to the G-20 summit in Washington, there’s a series of fallacies regarding its causes going around in Latin America. These fallacies could lead to more of the same policies, which could aggravate its consequences.

THE CRISIS IS SITUATIONAL

Some orthodox economists say we are dealing with just one more crisis. The numbers prove them wrong. Unemployment in the United States has already jumped to a record 6.5 percent (10 million unemployed). Twenty percent of that 6.5 percent have been out of a job for more than six months, the highest long term unemployment level since the end of the Second World War. There’s a reason why the last Nobel Prize winner in Economics, Paul Krugman, stated: “it is an economic crisis that will be cruel, brutal, and long”. Hiding the importance of the problem doesn’t help much.

IT WAS THE MODEST HOME BUYERS’ FAULT

Those to “Alan Greenspan affirmed: I am in a state of shocked disbelief” blame would be the hard-working Americans who fell into debt in order to buy their own house: the great American dream. In many cases, they did not know that the fine print on the bottom of their mortgage documents was going to put them in an impossible situation.

But besides, explains Pulitzer Prize winner, Thomas Friedman, The bank writing the mortgage got away from how because it was just passing you along to a bundler. And the investment bank bundling these mortgages got away from how because it didn’t know you, but it knew it was lucrative to bundle your mortgage with others…why delve too deeply? Dov Seidman, the CEO of LRN, which helps companies build ethical corporate cultures, adds: Parts of Wall Street got disconnected from investing in human endeavor.

THE PROBLEM WAS CAUSED BY EASY-TO-FIX TECHNICAL ERRORS

“Society is demanding strong intervention in the form of public policies to stop the fiasco” That’s not what Alan Greenspan, an icon of economic orthodoxy and the president of the Federal Reserve for 19 years, thinks. Upon being questioned by the United States Congress, he declared: This modern risk management paradigm held sway for decades. The whole intellectual edifice, however, collapsed in the summer of last year.

Self-criticizing himself, which is the opposite of what the Latin American orthodox economists do, as they are incapable of doing so, he affirmed: I am in a state of shocked disbelief.

As they have serious credibility problems the, the G20 countries harshly criticized the agencies. In the United States, during Congress’s questioning, Jerome Fons, former managing director of credit policy at Moody’s Investors Service, declared: The business model prevented analysts from putting investor interests first, and, in reference to their serious errors, Frank Raiter, former managing director of the Standard&Poor credit market team, stated: the focus was profits.

THE TOP EXECUTIVES ALSO LOST, BECAUSE THEIR STOCKS FELL

Today, it is known that their incomes were linked to their business’s profit, which drove them to take the greatest risks in order to personally earn more in the short term. They made 2000 times more than what millions of American workers earn as a minimum wage. But besides, they always won. If their business did well, their packages went up. If it did poorly, and they were fired, they still had to be given their golden parachutes as compensation for their dismissal.

WITH SOME MINOR TWEAKS TO THE MODEL, EVERYTHING CAN B E FIXED

According “The citizens hope that the economy will go back to being at Main Street‘s service” to surveys, the citizens think differently. Society is demanding strong intervention in the form of public policies to stop the fiasco; strict regulation; and asking for control of society’s regulators, business social responsibility, caps for top executives, protection for the mortgage debtors and the multitudes of unemployed people, as well as fiscal progressiveness, respect for the environment, a strengthening of social networks, and a reformulation of the global economic system.

The citizens hope that the economy will go back to being at Main Street‘s service, as presented by the president-elect of the United States, Barack Obama.

All of this is important in Latin America, instead of justifying or downplaying the crisis.