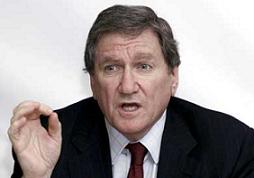 A policy of pressure on the Afghan government, combined with the outstretched hand that the appointment of Richard Holbrooke constitutes: this is the strategy that the new American administration is hoping to implement in order to stabilize Afghanistan, a country that could not be conquered by neither the Greeks, the British nor the Russians, and whose instability threatens to spread throughout the region.

(From London) FOR THE CURRENT PRESIDENT of the United States, Barack Hussein Obama, Afghanistan has always been a priority – before garnering the Democratic nomination, during the electoral campaign and once he was elected president.

The election of Obama has raised hope for peace in Afghanistan, throwing some light on the complicated situation that the Pashtun country is going through. However, we cannot talk about a policy of surrender, but rather one of carrots and sticks, of which both outstretched hands and coercion are components.

“Obama stated that he was in favor of military intervention in Pakistan even without Islamabad’s consent” In 2007, Barack Obama burst onto the international political scene with revisionist statements concerning relations with Pakistan and Afghanistan. A good example is the speech [1] he gave at the Wilson Center [2], which was meant to provide a general outline of his foreign policy. In it, Obama called having let Al Qaeda’s main leaders escape when they met in Pakistan in 2005 a serious mistake. The United States Secret Service warned the Bush administration of said encounter, but the former president decided to not act, so as to not damage his relationship with Pervez Musharraf, Pakistan’s president at the time.

“The arrival of Obama has constituted a continuation of the line maintained by the second Bush administration”Along very similar lines, during the foreign policy debate with current Secretary of State Hillary Clinton, Obama stated that he was in favor of military intervention in Pakistan even without Islamabad’s consent. His stance, much harsher than the one maintained by the ex-Senator of New York at the time, surprised many by breaking the dynamic that up until then had marked the relationship between Pakistan and the United States: from that point on there would be conditional aid.

These statements, which could be labeled sticks, contrast with the others (carrots) in which President Obama showed himself to be in favor of holding talks with countries like Iran, Syria and North Korea. The combination of sticks and carrots is effective since it promotes understanding while it conditions the behavior of States.

AN ADMINISTRATION AS HARSH AS, OR HARSHER THAN, THE PREVIOUS ONE

“The new American leader is shrinking the fence around the Afghan president, who is accused of drug trafficking in the country”The arrival of Obama to the White House has constituted a continuation of the line maintained by the second Bush administration, above all during its last few months. As such, while he has held out his hand to the Zardari [3] governments, he has also shown himself to be uncompromising when it comes to issues like corruption, drug trafficking or collaboration with terrorists. Let’s analyze these points in detail.

What’s more, the new American leader is shrinking the fence around the Afghan president, who is accused of drug trafficking in the country. In fact, Karzai’s brother has been singled out as the man most responsible for Afghan narcotrafficking. As such, the new secretary of state, Hillary Clinton, has called Afghanistan a narco-State, an unprecedented event, since the Bush administration had a much smoother relationship with President Karzai. President Obama’s promise to bring the number of troops deployed in Afghanistan up to 30,000, mainly providing reinforcements to the Helmand province [4], where nearly 50 percent of the world’s opium is produced, should be understood within the same framework.

RICHARD HOLBROKE, OR THE CARROT

On the other hand, Washington has hosted a delegation composed of three former ministers (Dr. Abdullah [5], Ashraf Ghani [6] and Ali Ahmad Jalali [7]) and Gul Agha Sherzai [8], the current governor of the Nangarhar [9] province, a region where American troops can be found. Any of these men could occupy the presidential seat, which is why the visit is a call to attention for President Karzai, who will have to try to hold on to the presidency when his term of office expires next summer.

“Jaap de Hoop Scheffer stated that corruption was more dangerous than insurgency” For these reasons, we can state that the new administration is willing to carry out a hard, blunt and resolute policy in Afghanistan. However, there will not be only sticks; there will also be carrots.

To that end, President Obama has chosen to send a conflict resolution veteran like Richard Holbroke [10], who was a key architect of the Dayton Agreement [11], to the country. Some particular elements of Holbrooke’s appointment should be pointed out. The first is that although Holbrooke is being called an envoy to Afghanistan, he is really a representative for Afghanistan and Pakistan, drawing differences between the two countries and recognizing the particularities of both States.The second element is the pursuit of a holistic strategy encompassing security aspects as much as – and this is the novelty – those aspects related to the socioeconomic conditions of the Afghans. To a large degree, it is an attempt to break the vicious cycle: poverty, narcotrafficking and terrorism.

This approximation, which is in line with the opinion of the Secretary General of NATO, Jaap de Hoop Scheffer [12], who stated that corruption was more dangerous than insurgency, aims to find a solution to a conflict that has been drawn out for longer than expected, and which is proving to be more dangerous than Iraq. In fact, Afghanistan’s instability threatens other countries like China, Iran, Uzbekistan and India.

For this reason, a policy of pressure on the leaders Karzai and Zardari, combined with the outstretched hand that the appointment of Holbrooke constitutes, could be effective when it comes to stabilizing a country that could not be conquered by neither the Greeks, the British nor the Russians.